The tangata whenua of the Clevedon area are Ngai Tai, who are descendant from the Tainui waka which was part of the Polynesian migration to Aotearoa between 1250 and 1350 AD. Clevedon’s pakeha settler history is recognised as commencing around 1853 with the granting of land titles to members of Scots immigrant families – McNicol and Hoye. 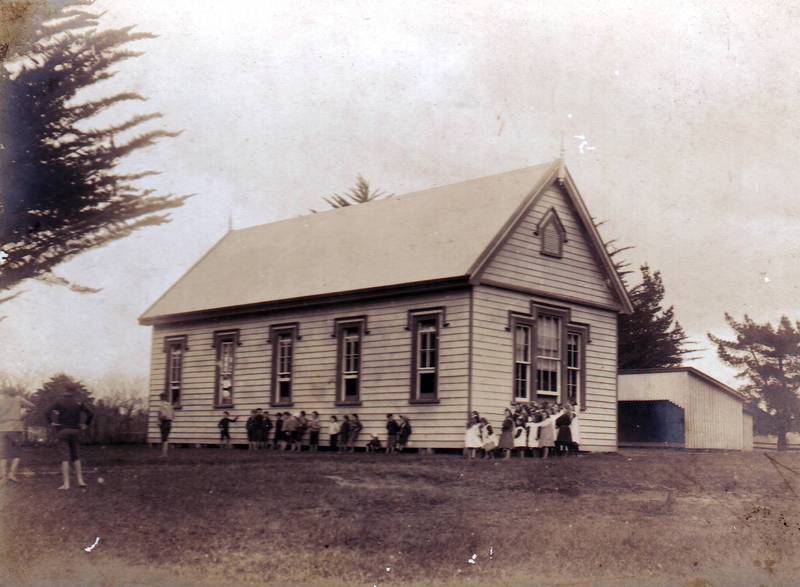 Clevedon School commenced in 1859 in association with the Clevedon Presbyterian Church, through the inspiration and efforts of the settlers in the district of Wairoa South as it was then known. 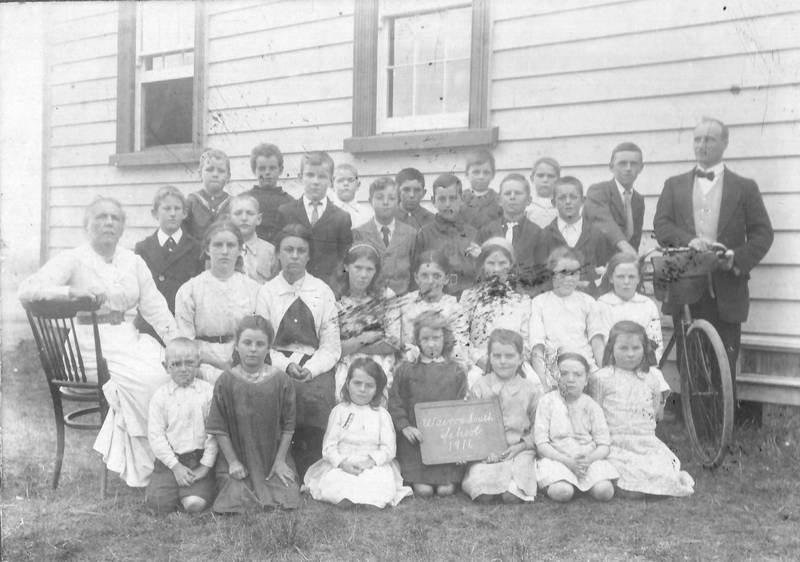 The first teacher was Mr Melrose.

The Education Board took over the control of Wairoa School in 1873. A School District was formally constituted and the very first school committee was elected. At the beginning of 1874 the school moved from the Presbyterian Church to the Wairoa Public Hall.

Miss Rumball was the first female teacher in 1873.

The government of the day passed the 1877 Education Act which deemed education to be ‘free, secular and compulsory’.Many people still support these principles, but some might debate whether or not they remain intact.

The current school property was acquired in 1878, and a new one-room school was built. 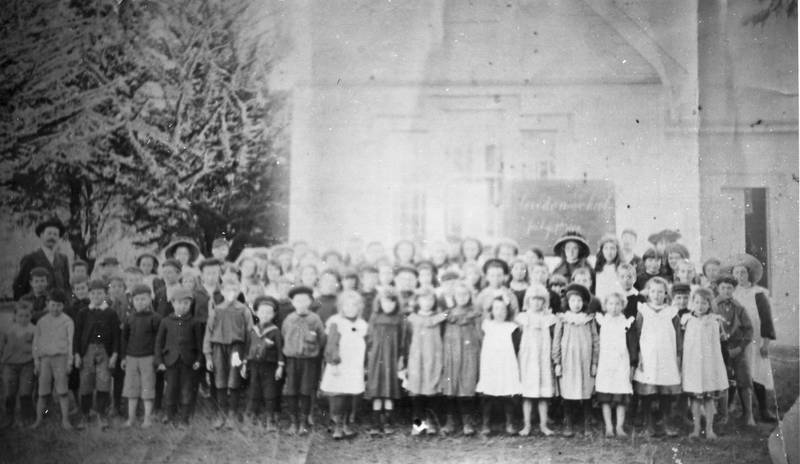 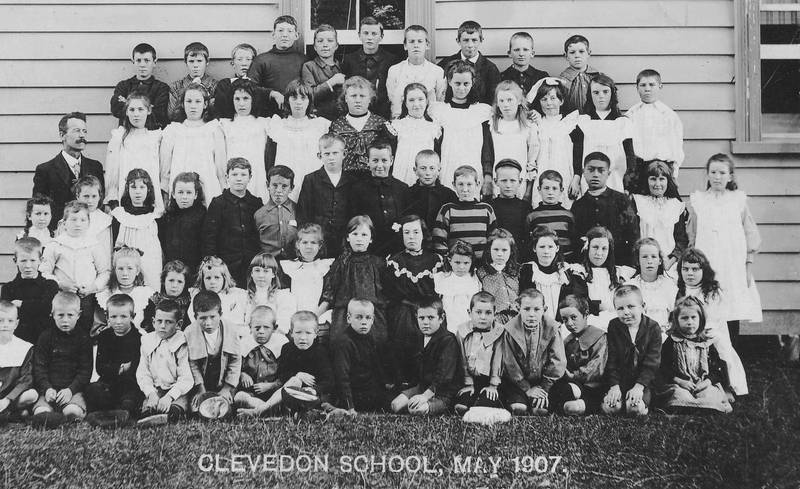 In 1895 the school’s name was changed to Clevedon School. The rationale for the name change is a bit murky, but is thought to relate to the origins of prominent local residents who came from Clevedon in England.

Other schools in the district

Given the difficulties of transportation, there were a number of schools in the Wairoa district which operated for various periods of time. As local population numbers increased and transport options became available, these schools were closed and consolidated with Clevedon School: 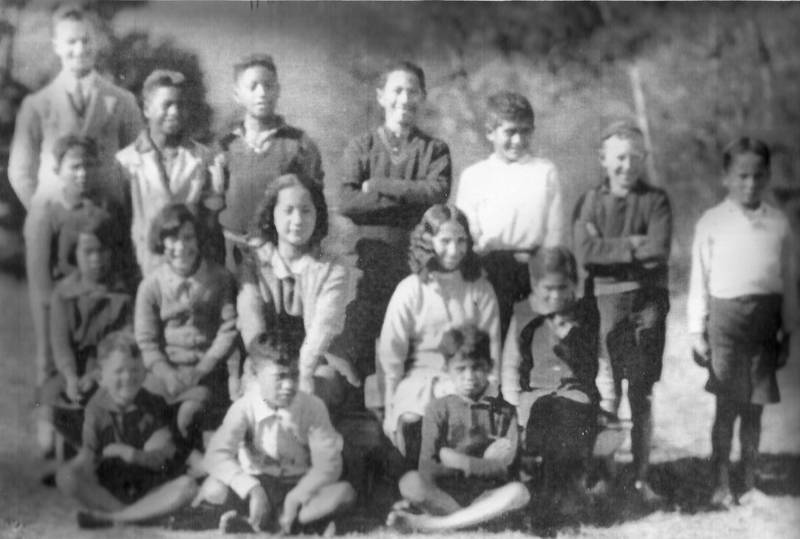 Into the 20th Century

The school site was extended in 1922 and the single classroom was extended, sub-divided into two rooms and reoriented for better light in 1930. 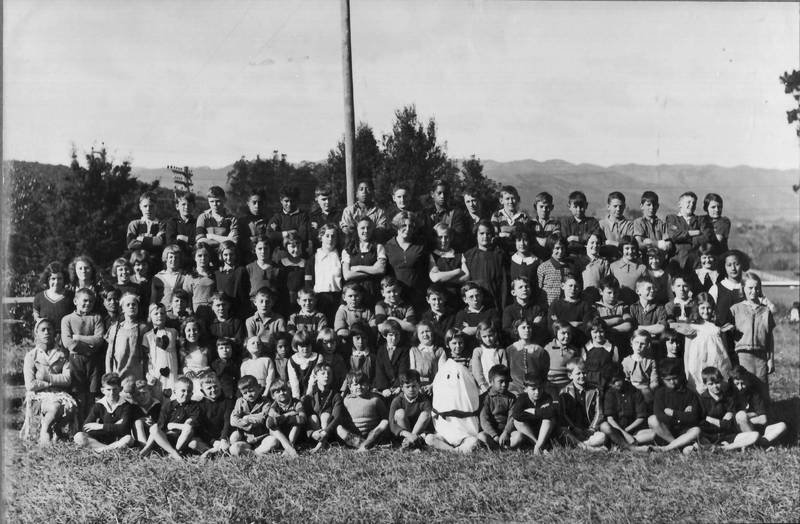 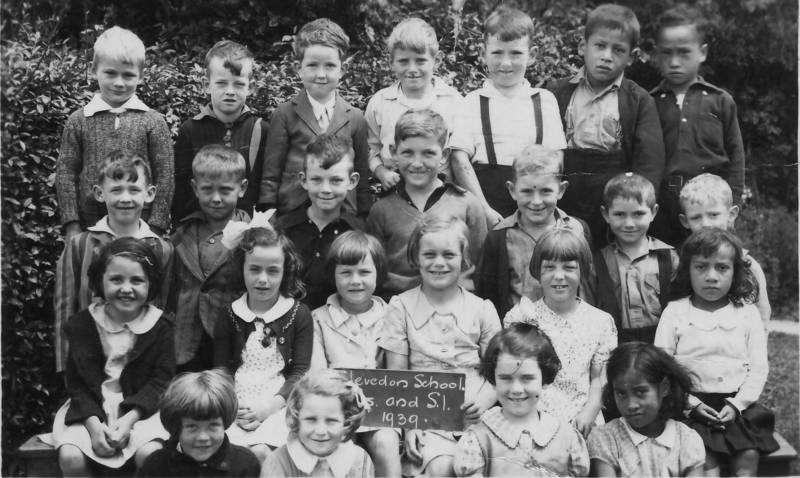 In 1926 the school joined with other schools to form a dental clinic in Papakura, and in 1940 the dental clinic opened on-site to serve both Clevedon School and Orere pupils.

A further purchase in 1946 extended the school grounds.

A new infant block was opened in 1949 – the block with the orange tiled roof.

The North Road school building was moved to Clevedon School grounds after 1952 and became a classroom, library and film projection room.

The swimming pool was opened in 1953, and was dedicated as a memorial to the fallen in World War II. 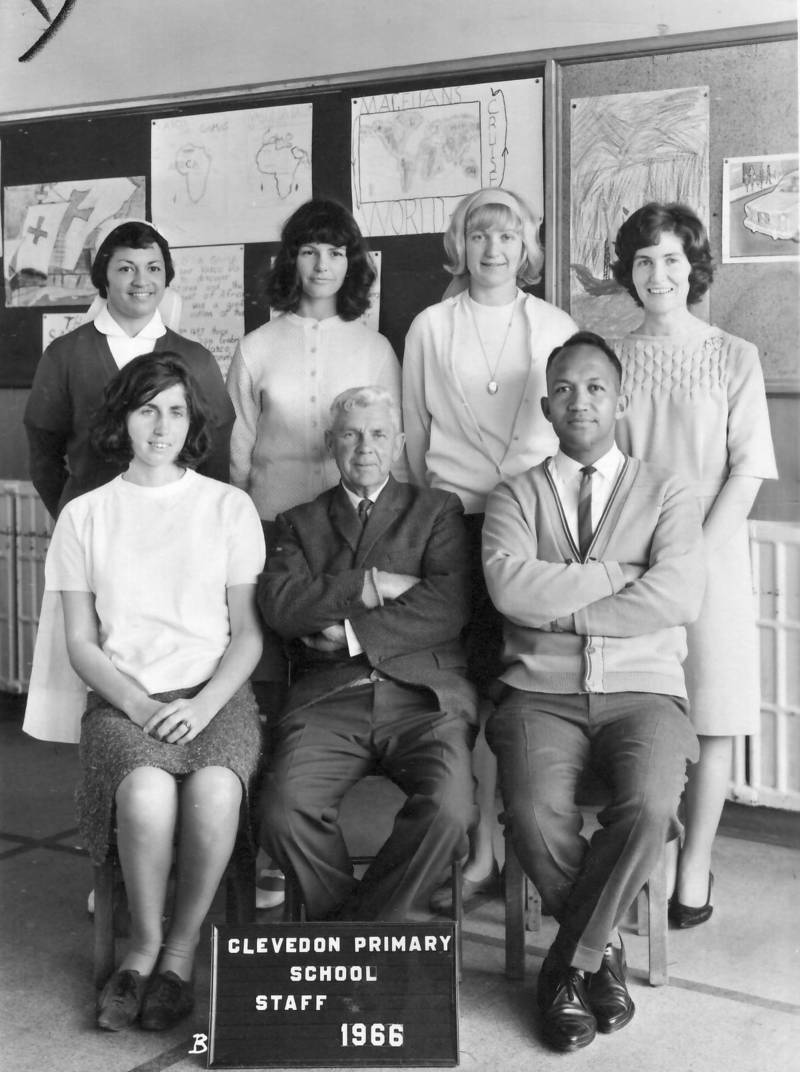 A further block of classrooms was constructed in 1959 and Clevedon School celebrated 100 years with a roll of 224 pupils and a staff of 6.

Tables and chairs were starting to replace the old desks, a film projector was used as a teaching aid and the form 1 and 2 children attended Manual training classes at Ardmore Teachers College.

Children mainly rode to school on the bus or by bicycle, and riding a pony or walking for miles and miles to school was now history.

Many of the children at school during the 100th year celebrations were direct descendants of tangata whenua and the pakeha settlers of the district.

The Clevedon district has grown extensively as a result of increasing urbanisation, diversification and land use changes from pastoral farming to lifestyle blocks, vineyards and other smaller holdings – a trend which continues.

The school block near the old dental clinic was built in 1966 to accommodate the younger pupils, and the old North Road School House was moved off site down to Camp Sladdin.

In 1975 a concrete block library extension was built and over the years ‘temporary’ prefabs have been brought in – and some are still in use.

In 1950, the school motto of ‘Enter to learn; go forth to serve’ was coined and a horseshoe logo established in 1987. The current logo was developed in 2000, which retains the original motto and integrates the Wairoa River with pohutukawa and oak leaves; reflecting our natural heritage and strong links with tangata whenua.

Agriculture Days have long been a tradition at Clevedon School, reflecting the district’s rich pastoral background. Although the nature of the area is considerably changed, many children still continue with the practice of caring for a calf, lamb, chicken or pet in preparation for putting them on show at the school Ag Day in Spring of each year. 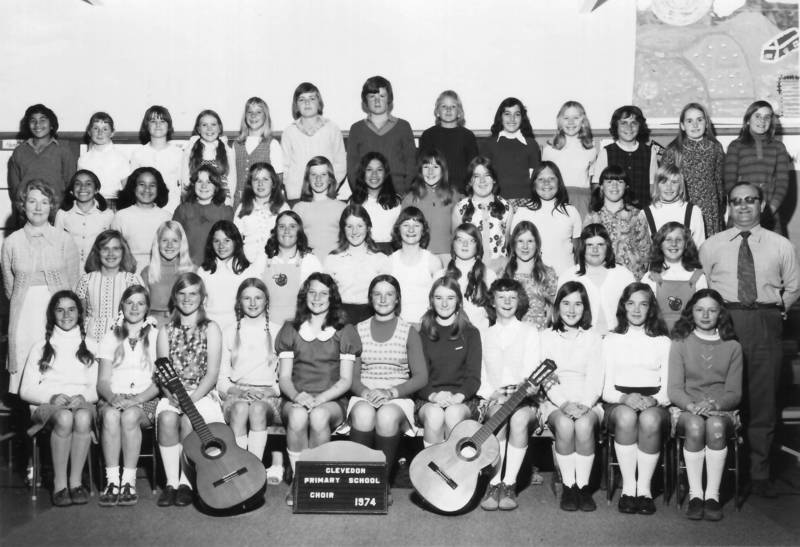 Clevedon School has staged some memorable musical productions over the years, commencing with ‘Maui’ in 1981.

The school Hall was opened in 1999 and the stage extension and deck area were added in 2009.

In 2006, the new library, resource room and multipurpose room block was completed.

The 150th anniversary of Clevedon School was celebrated in 2009 with a reunion and a commemorative book.

2012 saw the upgrade and modernisation of senior and middle school classrooms and the old ICT suite was transformed into a new resource area. In addition, there were enhancements to our e-learning capability, with ultra-fast broadband cabling, wireless installation and purchase of relevant equipment.

Clevedon School is a busy, vibrant place with a very rich past and an exciting present and future.

We will continue to build on our past and the many, many changes in education and technology to focus on the quality of teaching and learning across our school, to modernise the school environment and learning tools, and to implement a wide range of academic, sporting and cultural programmes. 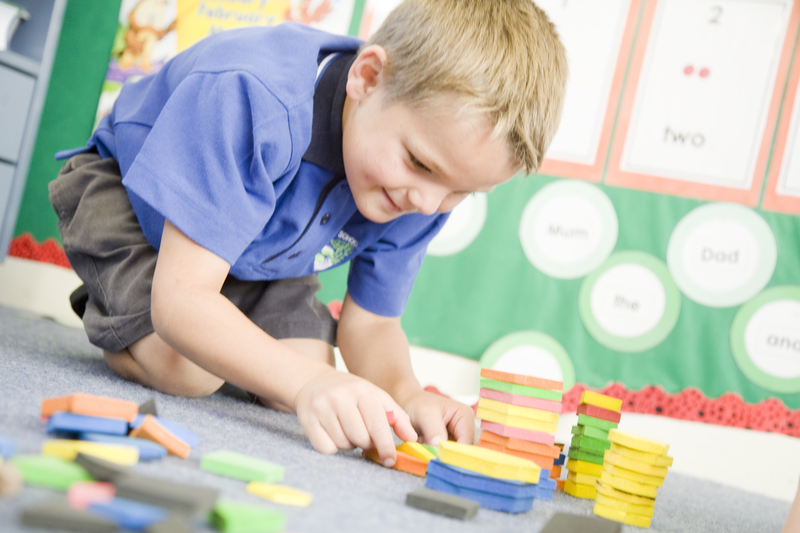 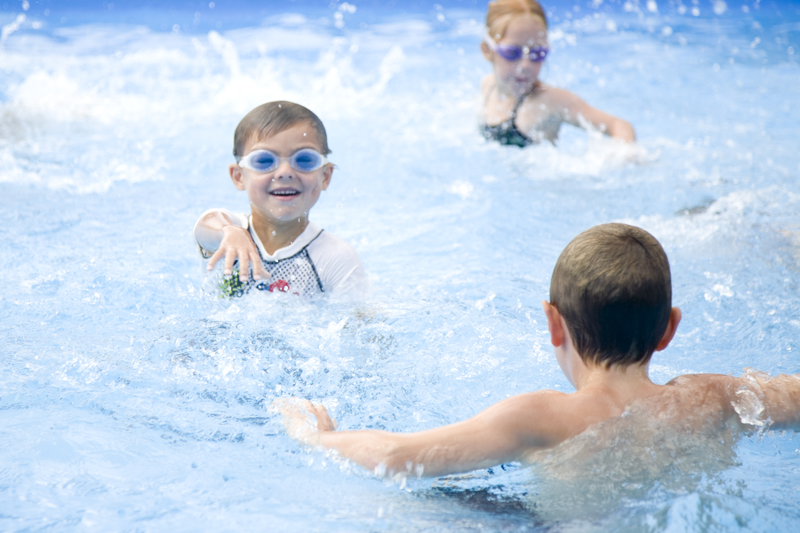 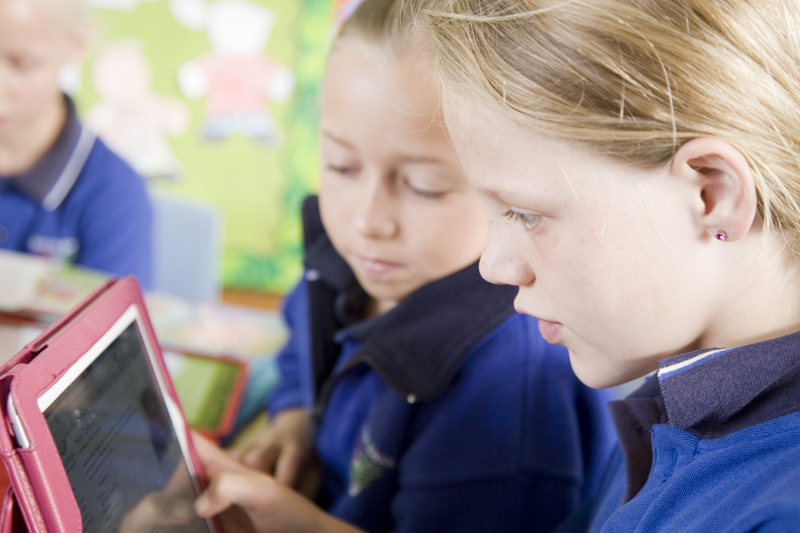